Board index » All Posts 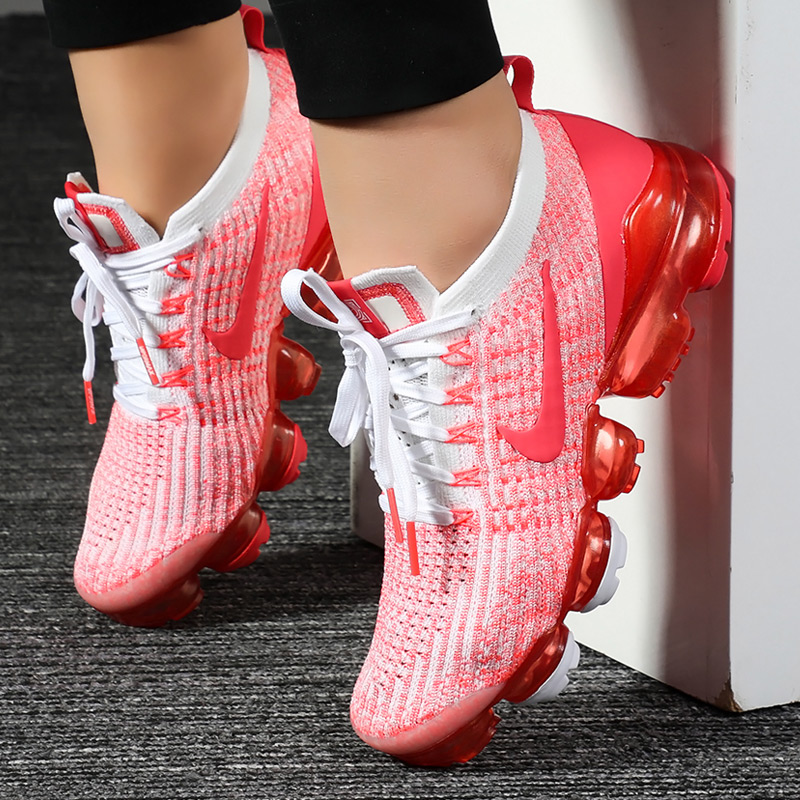 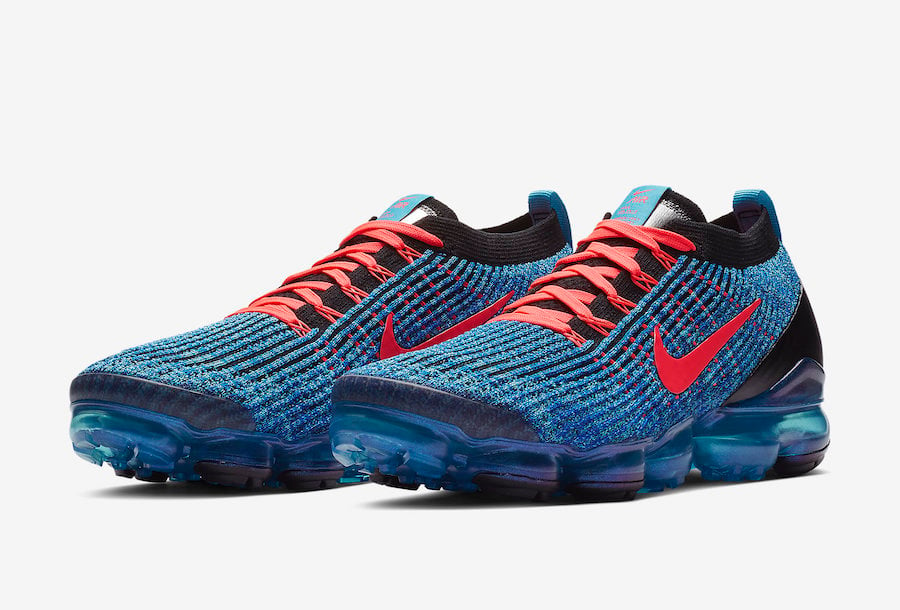 For the holiday season, Nike Shoes Running will be releasing a few new iterations of the VaporMax 3.0 silhouette. This offering comes dressed in a Vast Grey, Black, and Dark Stucco color scheme. It features a Grey Flyknit upper paired with Black detailing throughout. Highlighting the shoe are Volt and Blue accents along with hits of Orange on the insole and heel tab.


For the holiday season, the Nike Shoes Grey will be arriving in a handful of new color options. One of the latest pairs to surfaces comes dressed in a Flash Crimson, Hyper Crimson, and Black color scheme. It features a full Crimson Flyknit upper paired with Black detailing throughout atop a matching full-length VaporMax sole unit.


Originally debuted on the Nike Shoes Women White, the “South Beach” vibe instantly became a staple color blocking for Nike. The latest silhouette to borrow the popular theme is the VaporMax 3.0. This offering of the Nike Air VaporMax features a Teal and Black Flyknit upper with Black Swoosh logos outlined in White on the sides. Pink laces and branding on the heels gives off that “South Beach” vibe completed with a Black VaporMax sole unit.


Releasing for the summer months is a brand new “Desert Sand” colorway of the Nike Vapormax Flyknit 3.0 Grey Orange. This release comes dressed in a Desert Sand, Total Orange, and Voltage Purple color scheme. It features Beige and Tan hues throughout its Flyknit upper highlighted with an Orange Swoosh logo and Purple laces.

Re: Cichlid jumped out #4
Thank you very much! She is still hiding but doing okay.
Report
Topic | Forum

Re: stocking ideas for a 40 gallon tank (uk gallons) #5
hi guys thanks for your reply’s! i did do some research and a lot of places said that as my white cloud minnows are so fast , they should be ok with the fancy goldfish. i’ve had these guys for a few months now and they leave each other completely alone and the little minnows are incredibly fast. i’ve provided them with loads of hiding space so i think they will be ok :)
Report
Topic | Forum

Re: Goldfish: sizing, company and types #6
Thank you both - I might well take you up on that Merpig!

As it happens, since speaking about it, I have found 2 tanks I like, one at 230 and one at 240 so I might just bite the bullet and get the bigger size, if I know I like it and can get it. It's also 4ft which from what I gather, length is better than a taller height for them.

Bubble eyes are sounding like the flat-faced exotic dogs/cats to the fish world. I've not yet went too far into breeds yet as I figure - work out the tank, work out the filter and set up and really dig into the fun part (which goldfish) as the tank is doing a fishless cycle. But definitely sounds like one to stay away from, from what you are saying. Also, I'd freak if they harmed their eye - not gonna lie.

I will read these links, first is what I seen this morning I think but second is definitely new so have a look and feel happy knowing it's trusted.

Phew. Back in the day, the guy at the coconut shy never told you all this when he handed you the fish, that's for sure. Remember I had one from a fair when I was about 5.
Report
Topic | Forum

Yes - indeed, the internet is full of all sorts of polarised info, and it's extremely difficult for a newcomer to distinguish between the terrible info (I too know the site you mean) and the good info.

Without repeating Merpig's good advice, I'd add the following:
* fancy goldfish life expectancy is a decade or possibly longer for fancies, whereas bettas are much shorter-lived of a few years at best;
* generally now, advice from 'bona fide' sources is along the lines of https://www.fishkeeping.co.uk/modules/ ... esheet.php?caresheetID=83 - 140L for first goldfish and an additional 40/45L for each additional one; another source of good and more up-to-date advice written by respected names in the fishkeeping hobby is at http://injaf.org/aquarium-fish/the-go ... t-size-tank-for-goldfish/
* too big a tank stressing a fish out - definitely not anything I've read about from 'bona fide' sources; possibly a very strong filter outflow might stress a fish out or moving from a small tank with a cycled filter into a large tank with an uncycled filter would, though (and these might be the reasons behind such a comment);
* I did keep a common/comet (think he was in between the two) and a fancy in separate tanks on their own, as well as a tank of several fancies - I didn't get company for the first two as I wasn't sure that they would accept a newcomer after being on their own for so long; they were fine on their own, and very interactive with me, but, in hindsight, I think they would have benefited with company of their own kind as I wasn't at home with them during the daytime - and the 'bona fide' info I've read would support having more than one goldfish;
* if you do upgrade tank in the future, then a 240L rectangular tank would be ideal for 3 fish (and there are a lot of folk who like odd-numbered fish so you're not alone);
* there's an ethical issue re keeping fish with bubble eyes as they've been bred into having these features which does create difficulties for them, so, ethical issue aside, they wouldn't be the wisest option;

Re: Planted Tank / Carbon Media #9
awesome thanks, the lighting is pretty good - its the Juwel 190 Corner with LED lighting so i'll see how it goes with that, thanks for the help.
Report
Topic | Forum

Re: Goldfish: sizing, company and types #10
No problem at all - I was one of those novices that won their first goldfish at a fair and had to do a lot of quick learning! Kudos to you for doing your research first.

Any questions on filtration etc I'd be happy to have a go at!
Report
Topic | Forum