I'd like to add some small native fish to my pond, something like the stikleback, can anyone recommend any such fish? I understand sticklebacks like running water so wouldn't be suitable

Re: Native UK freshwater fish #2
Welcome to the site

First off, whats the volume of the pond, what fish have you currently got in there?

Sticklebacks are fine in stillwater, and do very well in stillwaters. Only other small shoaling fish would be Minnows which grow to about 4" and then the only other thing after that would be Gudgeon which on avarage get to around 6".

Can a trops mod, please move this into the pond section, cheers

Re: Native UK freshwater fish #3
There are also a few loach species but would be hard to get hold of.

I would think gudgeon would be a great idea Fredrick.

Re: Native UK freshwater fish #4
Majoirty of coarse loaches do best in flowing water so wouldnt recommond them in a small pond, same with bullheads. Also these are becoming quite rare nowadays, so best left alone

Gudgeon are quite attractive fish, better than minnows and sticklebacks. http://www.downrail.co.uk/photos/gudgeon.jpg
Report
daspricey

Re: Native UK freshwater fish #5
Oh yes i agree, i was sitting down at my local0 (very powerful) stream just today, the speed they were swimming against that powerful flow, would be from one side of the pond to the other in seconds. couldn't see them surviving in a normal pond. I was just mentioning

Re: Native UK freshwater fish #6
You werent fishing were you?

I know you were

River species can swim very fast, for example barbel have a swim rate of 4.4metres a second.

Re: Native UK freshwater fish #7
wow, 4.4 metres. i knew barbel were fast but wow, not that fast.lol

).
i did manage to catch one after ages of trying, i'm stumped, such beautiful markings, no loach i've ever seen. green body, blue stripes, similar shape to pseudogastromyzon fangi.
i tried to count the amount of rays but it was getting a bit dark and put him back straight away.
also has a yellow gillplate. and at the start of there percoral fin is a white dot.
My pond disaster
Report
seanmckinney

Re: Native UK freshwater fish #8
A word of warning about sticklebacks, especially those taken from the wild, they can be disease carriers. They can also carry an intestinal worm that causes them to swim on the surface to attract fish eating bird, the worm completes the next stage of its life cycle in the bird. 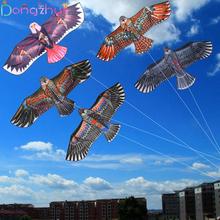